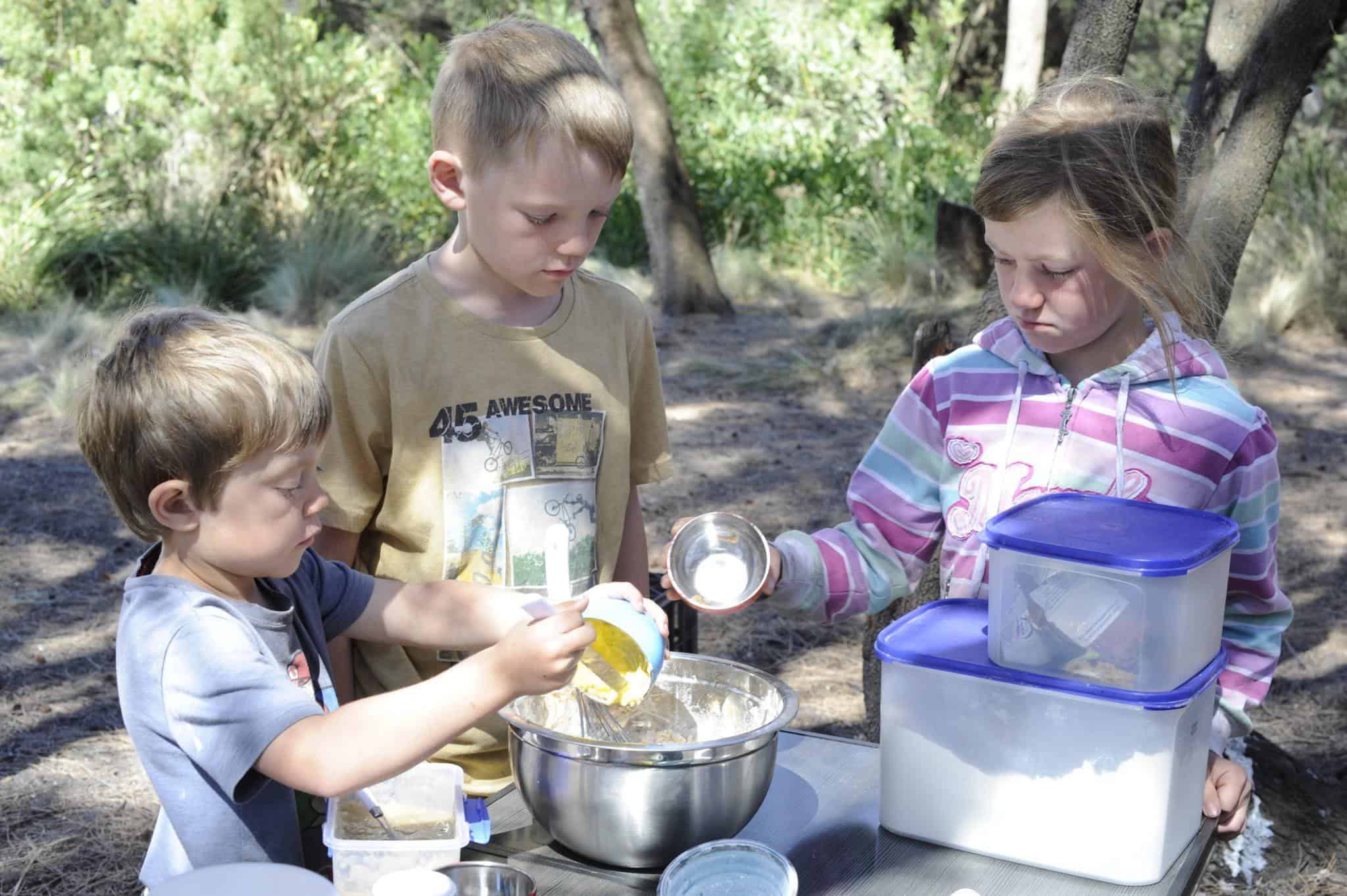 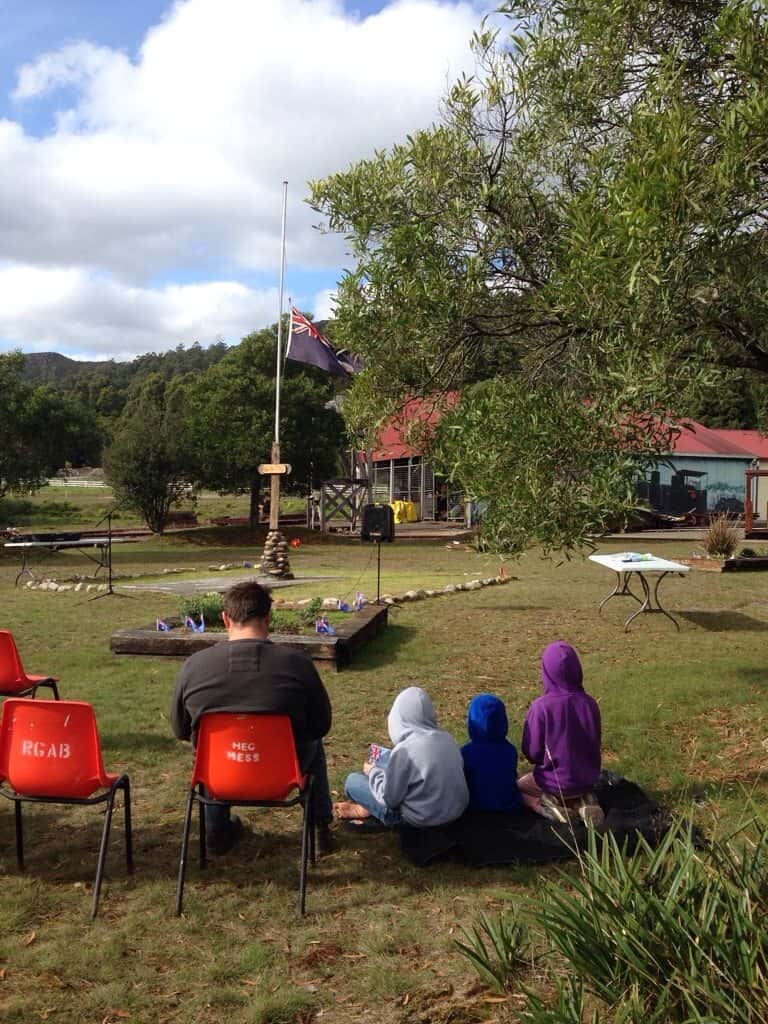 Lest We Forget – ANZAC Day In Tasmania

They bring tears to my eyes and I feel pain for all the families who have suffered heartache at the hands of war.

Regardless of my own sadness, we make a point of attending each year, as a family. We feel it’s important for our children to understand the history of our country and there’s no dodging that war has been a part of that history, and is still a part of life for many Australian families today.

We are staying near Tullah in the West of Tasmania at the moment, so we took the time to attend the ANZAC Day service in this small community today. It was their first ever ANZAC march, and they were so glad to have been awarded a grant to finally erect a cenotaph in memory of their fallen which will be in place for next year’s service, so it was a lovely experience to be part of.

To all the men and women who have served or are still serving for our country, thank you. To all those families who suffered loss, we are grateful for the freedoms afforded us by your loved ones. 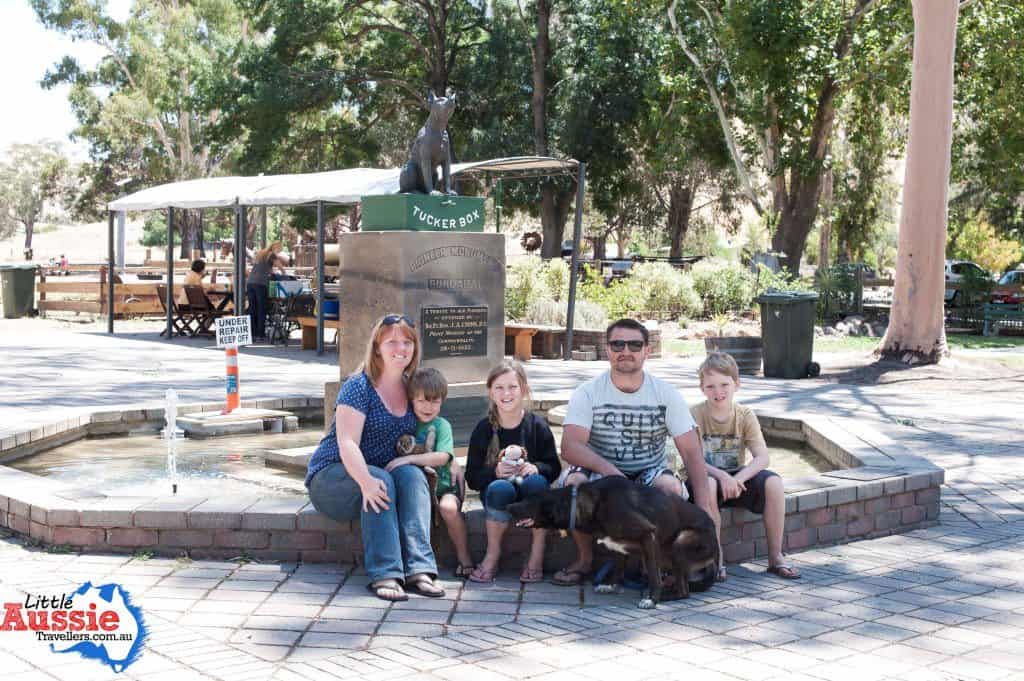 Visiting The Dog On The Tuckerbox Statue in Gundagai

When we saw that Gundagai was up ahead, on our travels between Sydney and Melbourne along the Hume Highway, it just wasn’t an option to drive past without a stop in at the “Dog on the Tuckerbox” statue. The statue is at Snake Gully, which is around 8 kilometres (or 5 miles of course) from the township of Gundagai. The strange thing was, that I was the one who was excited, and in my excitement soon realised that the kids had absolutely no idea “what” the Dog on the Tuckerbox statue was, and why it was of any significance! Perhaps that was a parenting failure on my part, or a sign of the times, I’m not sure, but a quick google search quickly had me streaming song renditions on the car stereo for them to hear the musical brilliance crafted in honour of this true blue Aussie icon. Jackson set to reading the dog on the tuckerbox poem, to help make some sense of what the fuss was about. I took a closer shot, hopefully you can read this old version of the poem from the photo. The History of The Dog On The Tuckerbox

The dog on the tuckerbox was unveiled in 1932, as a tribute to Australia’s pioneers and an old poem originally penned under the name ‘Bowyang Yorke’. The poem was later modified and promoted by Jack Moses, seeking much popularity around the country. The story of the poem is based on the life of the bullocky drivers who would sometimes need to leave their bullocks when they got bogged in a creek in the area. They would then seek help, and you guessed it, leave their dog to guard their tuckerbox. What Is Available At The Dog On The Tuckerbox Centre?

The centre has lovely open spaces to sit down and take in the area, if you have a dog, they are allowed on leash to stretch their legs too. There’s a cafe on site, we grabbed something to eat here, but the options were pretty limited and not really great choices for budget conscious families so had we known there was a bigger service centre just down the road, we probably would have gone there instead, although Matt really enjoyed his hamburger. It’s definitely worth a stop in, you can throw a coin in and make a wish, I believe the funds go toward supporting the local hospital which is a great cause. The best thing is that you get to say you’ve made a visit to an Aussie Icon, and if you’re children are as clueless about this part of our history as mine were, then it’s a great time to educate them. I have such fond memories of singing the song as a child, so I’m still overjoyed at getting to see the memorial in real life. 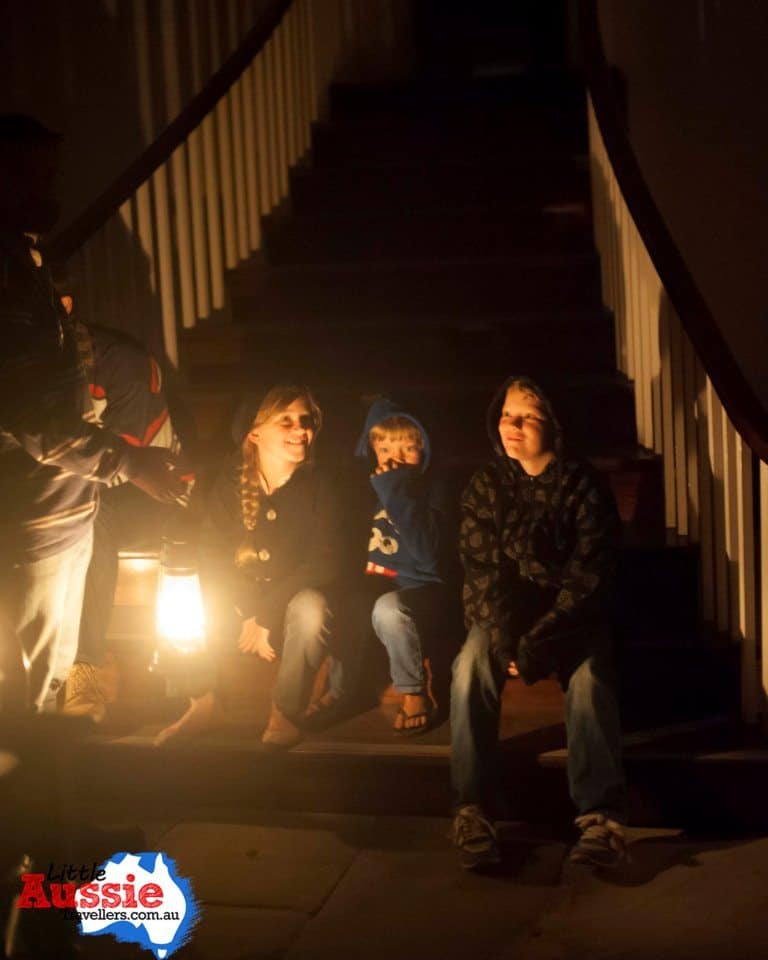 Things to do Tasmania – Port Arthur Ghost Tour with Kids

Would you dare walk the night with the ghosts of convicts?

There is great weight that is carried by learning the heavy history of Australia’s settlement. The circumstances and conditions that surrounded many of the early convicts were beyond how I think any of us could imagine living today. The sordid conditions inflicted upon these “hardened criminals”, and purely just due to the era in which Port Arthur existed, meant that problems with illness and death were a constant reality. If you take time to breathe, soak in the surrounds, and imagine the hills back in those days, there’s comes an overwhelm of sadness and so much darkness.

So who would be crazy enough to walk the convict site at night, for a ghost tour then I hear you ask? Ummmm, it seems we would! Does Port Arthur Have Ghosts?

Whether you are a believer in ghosts or not, there is something a little daunting about experiencing Port Arthur at night. Follow me, you’re standing amongst a site of tumbled ruins. You can see the separate prison where prisoners were punished with a life of silence and isolation until they broke, the asylum where the shells of broken men are cast aside, the woosh of the waters creeping in and out of the bay, the tall, looming trees that stand overhead that were once a forestry prison for “caterpillar gangs” of men carrying heavy logs on their tired shoulders. The gravel crunches beneath your feet, as you join a group of nervous people, cast into shadow by the low light of lanterns, stepping into the unknown. It takes some effort to walk on into the pitch black darkness. What Happens at the Port Arthur Ghost Tours?

Trying your hardest to be brave, set off into the night with your guide and hear about the sightings, and experiences that have been reported at Port Arthur since the 1800’s. The ghost tour is a wonderful experience that brings to life a different range of stories filled with strange encounters both in the current times, and years long ago. You’ll walk with an experienced guide, and group of fellow daredevils, led by lantern light into a range of buildings, to learn about the history of the people who once lived there, and the ghosts who are said to still inhabit them today. The ghost tour lasts for an hour and a half and offers an intriguing insight, that will have you jumping at shadows, listening for footsteps that don’t belong and there is no explanation for, and staying as close to the middle of the group as you can, for protection.

There aren’t any special effects used during the tour, so you won’t be spooked by pre-recorded sound effects or mechanical monsters jumping out of shadows, if you’re very lucky however, you’ll get to be a lantern bearer….. If you’re even luckier, you might get to meet, or hear some of the resident ghosts during your time in the darkness…

Is the Port Arthur Ghost Tour Suitable for Children?

For our kids, they are aged 7, almost 9 and almost 11 at the time of doing the tour and they coped with it just fine, even taking the role of lantern bearer very seriously to help light the group. Byron, being the youngest was a little cautious at first, clinging tightly between myself and Matt during the more scary stories, or buildings, he found his groove though, and they all enjoyed the night. Amahli chose to hang out up the front of the group with our tour guide, her theory being that she could run away the fastest if anything happened. The best part for the kids was learning the extra history and stories of people’s lives in the community. Each building we visited may have been dark and eerie, but it was also full of life and history of it’s past inhabitants.

For those not wanting to take the chance on the night time tour with kids, there is a Kid’s Ghost Tour that runs at Port Arthur during select times of the year, so if you’re little ones are a little sensitive to scares, then it’s a great opportunity for them to take part during the daylight hours. Be sure to check the website for that, and other children’s activities at Port Arthur.

Would we Recommend the Ghost Tour for Families?

A resounding YES! Whether you are a believer in spirits, ghosts, the afterlife or whatever other name you choose to give it, experiencing Port Arthur at night will give you a new appreciation for the lives and experiences of the founding generations of our country. I will leave it up to you to make your own mind up on what you see, feel, hear, smell or sense during your time at Port Arthur, but I’d love to hear your thoughts if you do decide to take the tour.

Have you been scared by ghosts at Port Arthur??? Let us know below….

*Disclaimer: We were guests of Port Arthur, however all experiences and thoughts are our own, shared to give you our honest opinion on our experience.